The world to come will praise scarcity. Voluntary minimalism. One-upmanship will be out; frugality will be in. Mass tourism, all-you-can-eat buffets and series models will die out, replaced by the tailored, the exceptional, the one-off. From low prices to fair prices, the industry will have to reinvent the value chain, emphasizing the individualization of services and the personalization of experiences. So what does tomorrow’s luxury world look like?

It’s an undeniable fact: the planet is losing momentum, resources are wearing thin. Shale gas is now being brought in to replace oil deposits, the Amazon rain forest is being eradicated, insects are on the decline, and meeting basic needs is becoming increasingly difficult all over the planet. The luxury industry depletes a considerable amount of resources, so it has its share of the blame; but room for improvement also provides it with a means of action. Needs are changing, the very notion of what is “rare” is shifting, and the luxury industry will have to adapt in order to address these developments. Or, better, prepare and plan. Having one’s needs anticipated, after all, is the true luxury.

In the last few years, the triumph of ostentation and rivalry-oriented luxury – higher, better, more –, which has captivated new consumers in Asia and South America has begun adapting its codes to a new generation in search of identity.

Production in series, advertising campaigns celebrating the expansiveness of the imagination, unlimited waking dreams… No promise was too extravagant. However, in coming within everyone’s reach, luxury lost part of its reason for being. What had been inaccessible, reserved to a handful of “happy few,” trivialized its own essence by virtue of emancipation.

Today’s society is changing. Mentalities are evolving in the wake of a greater awareness of responsibility and ethics. Today’s world is turning to other values, and luxury should seize the opportunity to do the same.

“The ephemeral has had its day. We must stay in step and leave our mark on the times by appealing to the imagination, generating desire and cultivating rarity.”

BACK TO THE BASICS

There was a time when fashion shows were closed to the public, reserved only to the style elite. Exclusiveness is not intended to be universally available. To reinvent itself, luxury must necessarily turn to the element of surprise, small series, and personalization. These codes have even colonized the mainstream: commonplace collections are now customizable so that everyone can feel special. Cultivating simplicity should now become the new byword for luxury. To do so, brands must reacquaint clients with waiting, and enable them to spend the waiting period dreaming, imagining and gaining new understanding. The brand now has enough space to arm its approach and assert it between two new arrivals, two events. No longer a torrent of expected collections, a seasonal revolving door, but rather the advent of surprise creations.

Fewer products, fewer series, fewer new developments. More consideration, more meaning, more intention. When anyone can purchase a luxury product, it is no longer a luxury product. Certain brands have lost their way, becoming commonplace by stamping their logos on a glut of products. But such products can only bear the name – not the spirit, and certainly not the purpose – of a luxury brand.

“Real luxury is not something you put on display. It is something that poses a question. Yesterday’s questions were beauty, aesthetics, abundance and extravagance; today’s are frugality, ecology and saving the planet.”

An object is not a vector for an image. It is now a useful item that makes a statement and stakes a claim, carried forward by ambassadors who pledge allegiance to the brand, tacitly accepting to convey its values precisely because they have chosen it for its message.

It begs the question of meaning, a question to be reconsidered: “Taking a stance will probably become more necessary than ever, particularly in terms of sustainable development.” However, according to a report presenting the viewpoints of specialized consultants and major market players, luxury is not yet up to scratch: “The message will have to seep through to clients in concrete ways, not just through corporate declarations or militant posturing.” Walking the walk, not just talking the talk.

Doing less, but doing it better. Tightening up the circle, but making it a more virtuous circle. Paring down the throngs of aficionados to better provide for them, making them loyal and well-informed.

A distribution support is nothing more than a tool, whether it’s made of bricks or clicks. It is possible to address a clientele of choice who is aware of today’s challenges. A clientele who will bring a more virtuous, “woke” image to the brand, enabling it in turn to make a more positive statement.

So the digital side of business will have to be emphasized, warns Jérôme Hue, chairman of the Omedia agency; but digital business must be managed intelligently. Gleaning pertinent information in order to determine consumer expectations, habits and hopes. Not just loyalty data.

“Clicks do not compete with bricks, they complement them: they get the ball rolling – or keep it rolling – in terms of customer relations, fostering interaction.”

It has been observed that the worldwide production of apparel has doubled in fifteen years, while its use has diminished. What is the meaning of that? Pierre Cannet, climate manager of WWF France, recommends rethinking the entire system, curbing production to only manufacture sustainable clothing. Likewise, minimalism is in style. Out with bright colors, in with understatement. Out with a surplus of hoodies and in with streamlined elegance, in the triumphant “less-is-more” post-crisis world following the financial crash of 2008. The newspaper Le Monde remarks on the trend towards better environmental awareness and a more minimalist aesthetic: “The spirit of slowing down, mindful consumption and sustainable development appears to be reversing the trend,” reports Valentin Pérez in an article published on May 25, 2020. “Minimalism now appears to be the style that most appeals to the fans of streetwear.”

The accumulation of wealth will become less and less an end in itself. The destiny of capitalism, as Max Weber theorized it, belongs to the past, and now it is time for a new normal: making only a modest show of one’s success. Already the exuberance of rising stars appears more “normal” than the eccentricities of their elders. Conspicuously displaying wealth is less and less perceived as a virtue, at least in the Western world. On the contrary, in China, luxury as we have known it in the last thirty years still has a future; if only market relocation does not step in to change the game rules, depriving European brands of an active source of revenue. In fact, by the next year or two, Chinese purchases abroad should greatly decrease, according to a study by the consulting firm MAD.

“FASHION IS WHAT GOES OUT OF FASHION”

It is high time to turn the page. The race to overconsumption appears to be reaching its end. Its breathless pace has exhausted the consumer, caught in a vicious cycle of planned obsolescence. Like Sisyphus, condemned to eternally consume, they played along in the beginning. But today they dream of having less, and they want time to enjoy it. Fewer models to choose from, organic materials, and a local identity, all wrapped up in understatement, with no flashy logos or fluorescent colors. Minimalism is back, bringing with it more room for white, light, and space. Space between collections, space within prints, empty space on fabric, space among ourselves, to get space for ourselves…

“Seasonality will become the new mantra for taste. Excess and waste will be reined in, and the system will become more virtuous.”

The whole scheme must adapt to clients, seeking to understand them and to propose pertinent brand values; then, it must pace itself, patiently waiting for the right moment.

The superfluous, so necessary to Voltaire, is now redundant. Exoticism, in the true sense of the word – that which takes us out of ourselves, which was the basis for the original privilege of luxury – will return. On one condition: that we respect the good conduct of the most elementary ecological principles. Produce locally, pay craftsmen fairly, and offer a utilitarian value that is at least as important, if not more important, than the emotional value. Decorative yet useful: such will be the twofold requirement of the new luxury object. Minimalist and neutral, both visually and in terms of carbon footprint: a white square against a white background…

Will the luxury world be able to reinvent itself to rise to these new expectations? 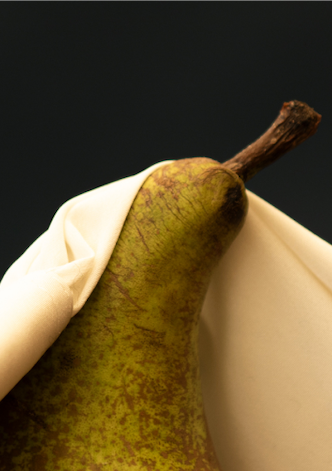 The virtues of slow time